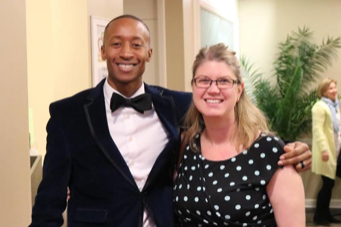 Garry Clark (Leadership NE Alum) has been in the economic development field for over 12 years. In early 2019, Clark published his first work as a published author, with the memoir, Unlikely Viking-From the D.C. Projects to Rural Nebraska.  Clark recently competed at TedxOmaha Talk at Creighton University in Nov. 2019, his talk was titled, “Running shoes, food stamps, and cornfields. Clark currently works as the President & CEO of the Greater Fremont Development Council, (Nebraska) since September 2017.  Prior to his GFDC role, Clark worked as the NIFA Opportunity Fund Manager and before that served as Cuming County Economic Development Director and Zoning Administrator for 5 years. Clark is the Vice President of the National Rural Economic Developers Association. Clark currently serves on the Nebraska Economic Development Assoc. Board. In late 2018, Clark was awarded the Midland Business Journal’s 40 under 40 award for his aggressive workforce housing efforts in Fremont. Garry received his BA in Sociology from Dana College, Blair, N.E. and his Master of Science in Urban Studies/Public Administration from the University of Nebraska at Omaha. Although his Alma mater (Dana College) is no more, Garry was inducted into the Dana College Hall of Fame for Track and Field in 2010 & received the Outstanding Young Alum Award in 2018. He holds 11 records (most ever in the school’s history) and was the first male National Champion for Dana College.

Tina Clark is an elementary teacher that just finished her 14th year of teaching.  She has taught Kindergarten, 1st, 2nd, 3rd, and 4th grade, as well as K-12 English Language Learners.  Tina grew up in Oakland, Iowa and attended college at Dana College in Blair, Nebraska where she earned her BA in Elementary Education.  She also earned her Master’s Degree in ELL and Reading Specialist from Concordia University in Seward, Nebraska.